Natural disasters and catastrophes aren’t something I go around thinking about a lot.  Truly.  But having been the health and safety person for several voluntary organisations, I’ve come into contact with folks that do it for a living. 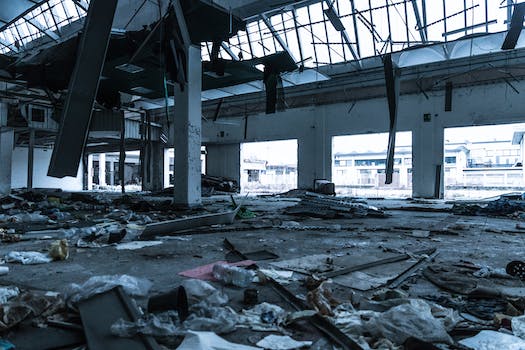 Here in New Zealand we have Civil Defence, who are the wonderful people that spring into action when disaster strikes.  Spending time with Civil Defence made me realise how complacent and naive I was about the likelihood of being in a large-scale emergency situation.  Which is stupid as I live in New Zealand.  One of NZ’s nicknames is the ‘shaky isles’ due to the large number of earthquakes we have!  Earthquakes are the biggest threat to us here, so this post is earthquake-preparation heavy, but many of these tips can be adapted for your particular situation in the world.

One member of Civil Defence (who was just like Mad-Eye Moody, for Potter fans.  Constant vigilance!) told me about the aftermath of the Christchurch earthquake in 2011 where he was based at the time it struck.  The earthquake was terrible, leaving many dead and injured, and even now, years later, some people are still waiting to get their damaged homes sorted.  He told me many things that Civil Defence learned in the aftermath of the quake, and shared with me the story of how it affected his workmate.  His colleague was a single dad, who, upon rushing to the day care where his child was, arrived to find it empty.  It took him three days to be reunited with his child, during which he was unable to do his job as he was too distraught. 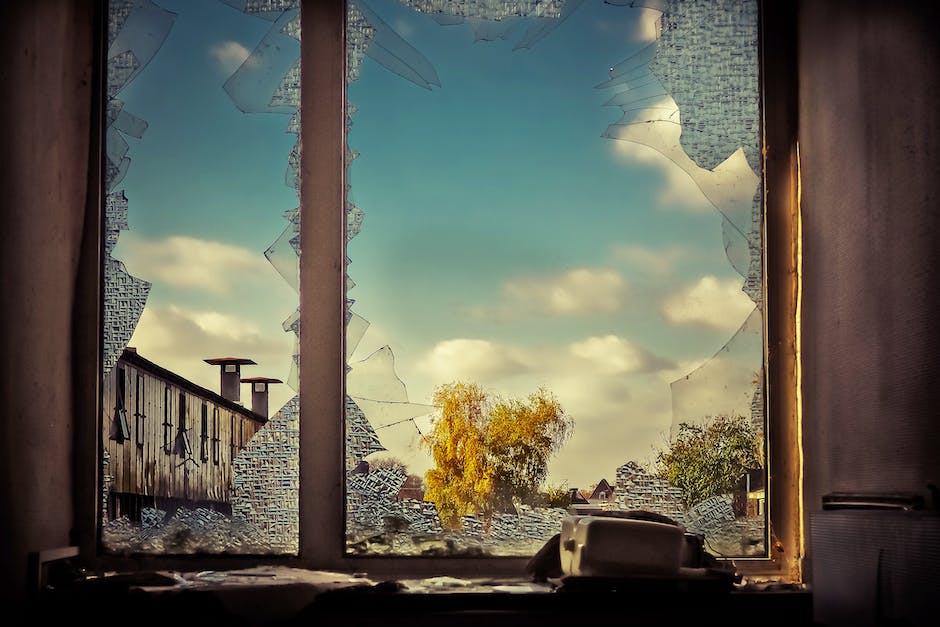 Here are some tips to help you get through an emergency.

Lesson Two: Have a family emergency plan.  Talk about what you will do in the event of a disaster, like an earthquake or tsunami.  Who will find the kids?  How and where will you meet up?  What will you do if it’s not actually safe to meet there?  Loads of parents in the Christchurch earthquake spent hours trying to get to their kids, only to find the other parent had got to them first.  Go through the plan with your kids.  Many times.

Remember: it is unlikely you will be able to use your cellphone in the immediate aftermath of a major disaster.  For one thing, the phone lines get slammed by worried friends and relatives, and can it take hours or even days to get through, depending on the damage.  During the Christchurch earthquake a major phone provider actually shut down their network to give text messages the change to get through.  Texting is the best way to communicate, don’t call.

Lesson Three: Designate a family member or friend who lives in another part of the country as an emergency phone contact.  What they discovered after Christchurch was that while it was impossible to make contact locally, sometimes it was possible to make calls out of Christchurch to other parts of NZ.  In the event of a large-scale disaster, your family could all agree (at least the adults, anyway) to call Aunt Enid in Auckland to let her know you’re safe.  Then Aunt Enid can tell anyone else who checks in.  Sort of like a lower-tech ‘Safe’ tag on Facebook.  Aunt Enid can also call your family in other parts of the country to let them know you’re okay.

Lesson Four: Educate yourself about the likelihood of you getting home/to your kids in an emergency.  It was quite eye-opening when I talked with Civil Defence for my daughter’s kindy in Whanganui.  The kindy was in a very safe spot, even for an earthquake, but the Civil Defence worker pointed out that in a major earthquake, most of the CBD (located near the Whanganui river/awa) would be knee-deep in liquefaction.  The bridges connecting the city from east to west would likely be destroyed or unpassable.  What this meant for the kindy was that MANY PARENTS WOULD BE UNABLE TO REACH THE KINDY if they lived or worked in the CBD or Whanganui East, as they were on the other side of town.

So again, you need a plan.  Most emergency response teams in your area will happily share this sort of information with you.  If you work, keep a ‘grab and go’ kit there.  Many folks in Christchurch say they wish they’d kept a pair of sneakers at the office after they had to walk hours and hours to get home.  If you’re someone who has a long commute, would you be able to walk the distance home?  Where might you stay if you couldn’t, or if your usual route was unpassable?

You can find ideas for what else to include in a ‘grab and go kit’ here.

Lesson Five: It’s recommended that you have at least three days worth of food and water, in the event of a disaster.  For my family I have two bags of canned goods, cereal, long-life milk and milk powder, a tin opener, and water stashed away in a garden shed.  One lesson learned in Christchurch was the need to have emergency supplies stored somewhere away from the house, as many homes were not safe to enter.  It’s also recommended you have a wee stash of medication, a torch/flashlight, a first aid kit, some cash (there’s often no electricity for ages, therefore no cash machines or banks in working order…), nappies and formula, and pet food.  I’d also add some lollies (candy for my overseas readers) and chocolate.  If there’s ever a time it’s okay to give your kids some comfort food, it’s then!

I’m a super-organised person by nature, and here’s my tip.  Don’t have anything in your emergency supplies that you don’t like eating.  If you hate baked beans, they will be cold comfort if the worst happens.  Every six months I simply swap out the emergency stash for new supplies, and we consume the old stash.  As it is filled with things we like to eat, it’s no problem.  You can find a comprehensive list of emergency items here.

Lesson Six: Quake-proof your home.  Don’t store heavy objects up high on a shelf.  Fix your bookcases to the wall, secure TV’s and other appliances.

Lesson Seven: Unless you can smell a leak, do NOT turn off the gas, unless instructed to do so by the authorities.  Gas can only be turned back on by a professional, and many Christchurch homes waited weeks and weeks and weeks to get gas back.

Lesson Eight: Know your neighbours.  You don’t have to be best friends, but simply knowing that old Mr Allen down the road at number 10 would need checking on, or that Trev at number 13 has a massive gas barbeque, could be the difference in bouncing back quickly after a natural disaster like an earthquake.  Connected communities are resilient communities.

Lesson Nine: Keep half a tank of petrol in your car in case you ever need to evacuate, and know how to open your automatic garage door if the power goes out.

Lesson Ten: The 2011 Christchurch earthquake happened during school hours.  What they discovered was the difference between children who were very traumatised and those who were okay (at least initially), was often down to the reaction of their teacher.  I haven’t been in a major disaster myself, but if I ever am I hope I remember this.  My reaction, trying to stay calm (at least on the inside) will help my children.  Keep things as normal as possible.  Keep them away from social media and the news.  Share only what is strictly necessary for them to know.  Try to keep discussing your worries for after they are in bed. 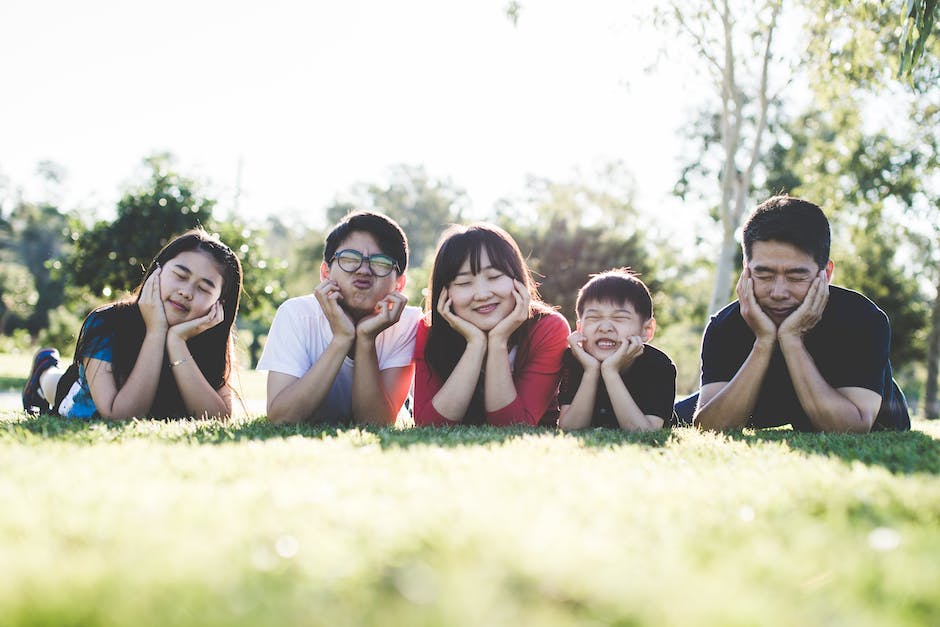 What tips would you add?

*Please use your common sense and look up the disaster recovery advice in your own area.*

Welcome to Living On A Prayer!  Start  here.